BOK's Nailsea Urban Race got off to a flying start when Megan Carter-Davis (SBOC), GB's World Cup Silver Medallist, attended prior to starting her preparations for competing in the World Championships in Denmark later this month.  Perfect weather, and fast longer legs on some of the courses, meant that the winning times were likely to be pretty fast already - but with a number of Elites racing, the competition was as hot as the sunshine!

Joining Megan in the Elite ranks was Ben Mitchell and Adam Potter.  Its not surprising that the first three places on the Long course were filled by them! Adam (31:20) just pipped Ben (31:49), with Megan in 3rd (33:48) beating all of the other men on the course!.

The courses made the most of the network of lanes between the housing estate.  Most courses also visited the small complex wooded area in the middle of the map - and it's clear looking at the splits that lots of competitors lost time in here, perhaps forgetting to slow down from urban running speed and overshooting controls?

Given that the Elites took the top spots on the long course, the next three places were fought out by Owain Jones in 37:33, Scott Bailey only 1 second behind, and Robert Elston in 39:08.

Seven races in, and the league is getting interesting as most competitors have at least a couple of results to help compare their position against rivals.  When looking at the leagues using the typical age categories used for regional level Urban races - there are some interesting head-to-heads bubbling along.  This week we highlight the Mens and Women’s Medium course leagues (we will provide an update on the Short course in a future news article, the long course was reviewed in week 5).

A big thanks to David Pilling and Diana Nicoll for organising the races and the wonderful weather!

Our next Urban Race is at Wells in 2 weeks time. Details here.

Photos available for download on Flickr
Photos shown below (hover over to be able to scroll through the available pictures): 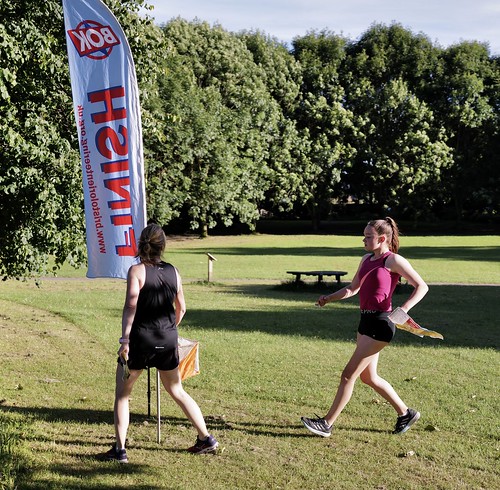